That's pretty much my reaction to the most INSANE week of creativity and mayhem I've had in a long time! For those who aren't familiar with the term, G.I.S.H.W.H.E.S. stands for the Greatest International Scavenger Hunt the World Has Ever Seen, and is the brain child of Misha Collins ... you know, the AWESOME guy who plays Castiel on Supernatural and owner of Random Acts.

Once a year, teams of 15 agree to forget responsibilities and band together in a mad dash to complete over 170+ items. The prize?  A coveted trip with Misha. This year, those who place first will be flown to Iceland where they'll ride sleds, soak in volcanic hot springs, and did I mention they'll be going there WITH Misha?

Last year I was a proxy gisher for my friend (click here for the post) so when it came time to sign up a few months ago, I dived in! 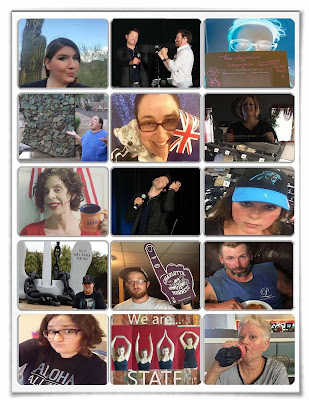 I joined LUCIFER'S MINIONS, a shout out to Mark Pellegrino's character on Supernatural who we LOVE and ADORE. Can't go wrong with an awesome name like that, right?

So, do you want to see the tasks I completed for the team? I did quite a few so I'll be spitting this post into 2-3. I'll also do a post showcasing my talented team members!

The versatility of corn is amazing— it has so many uses! However, there's no better use for corn than this year's must-have fashion statement: the Corn Husk Bikini or Corn Husk Evening Wear! Feel free to color the husks, as well as to accent and accessorize with kernels. 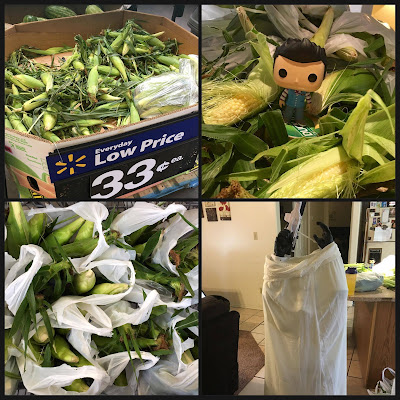 It was kinda hilarious walking into Walmart and cleaning them out of corn. The guy who greeted customers at the door couldn't believe it when I said I was buying 74 ears of corn (I originally planned on 100 but they didn't have enough!) Good news was they price matched it with another grocery store so I was able to buy it all for just $8.88!

My mini Steve, aka Castiel, volunteered to supervise which I think was just his excuse to get out of shucking the corn. Originally, my sweet daughter was going to model the dress, but when she went to work, we had to get creative. This is where my hubby's stormtrooper, who I affectionately call Steve, came into play. All afternoon we could sense him silently fuming beneath his mask. At one point he aimed his gun at my aunt, but we all know storm troopers MISS ... so no one was harmed! A huge thank you to Jenny for helping me with this! 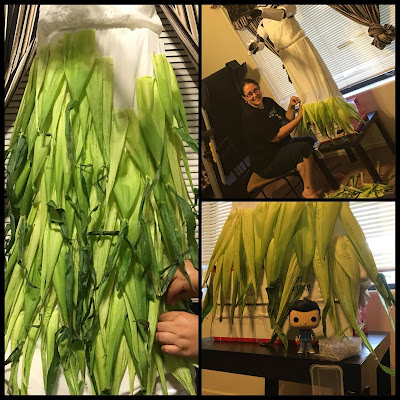 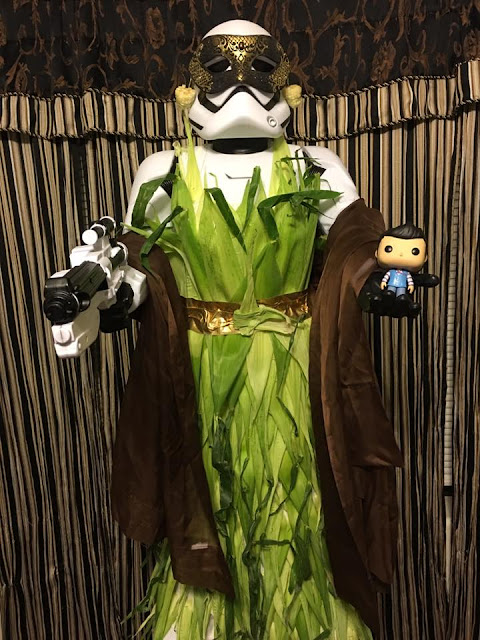 As we all know Matt Cohen is legendary for taking off his shirt to raise money for charity. His 6-pack abs have single-abdominally raised thousands of dollars for great organizations like www.randomacts.org. Let’s thank his abs for their altruistic humanitarian work by using Photoshop to digitally remove his abs and then place them on a vacation around the world. (Unfortunately Matt can’t make this trip himself as he’s busy shooting his TV show.) His abs can visit anywhere on the planet that you can capture in an image. Let’s make sure they have the proper tourist accessories, too.

Oh. My. Chuck. I had sooooo much fun with this item! While I'm not an expert in Photoshop, I do love to play around with the program and abs ... if you know me, you'll agree that I was the perfect choice to complete this! LOL 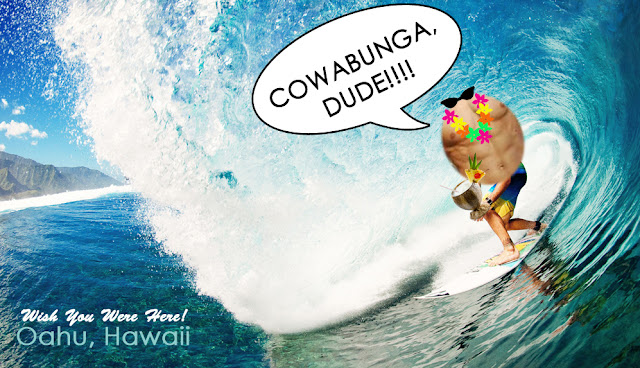 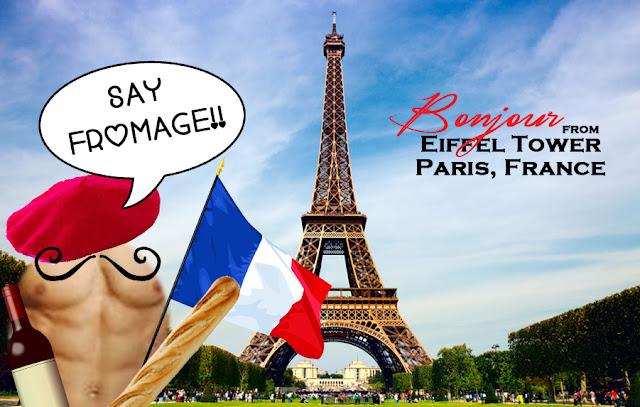 And in the outback of Australia! 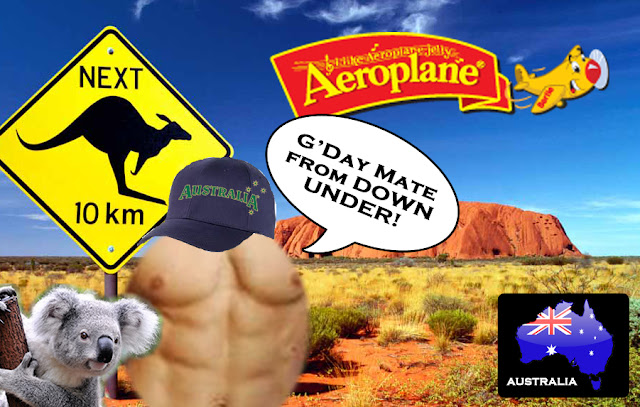 Doesn't it make you want to grab your passport and travel the world? Good news is ... if you don't have enough money to fun the trip, I know how to photoshop you in! hahaha

We’re writing an e-book and we want you to do our work for us. There’s a habit that was hard for you to change, but you changed it anyway. What is the habit, and what is your number one piece of advice for making that change? Please submit an image of one paragraph of text.

This was another no brainer and one that gave me a chance to be somewhat serious. It's something I've pondered on a lot this year -- beliefs and habits that kept me from being happy. Quite a few came to mind, but I wanted to pick the PERFECT one. That's when it hit me ... the habit I needed to share ... letting go of perfection! 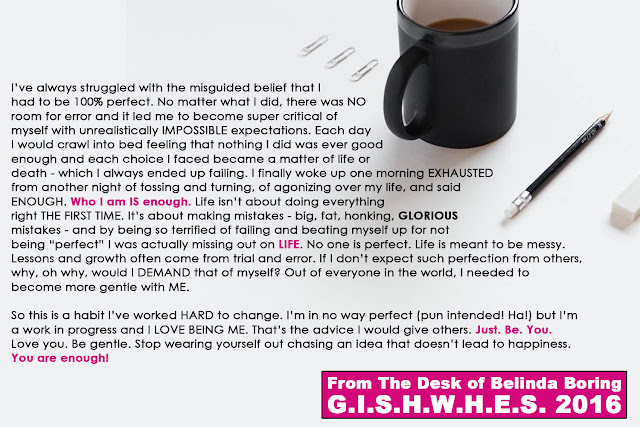 This was such a great reminder with me starting my first G.I.S.H.W.H.E.S. It helped me remember that it wasn't always about doing everything perfectly, but having fun on the journey. That's what the scavenger hunt was for me. It was about being goofy. Taking risks. Stepping outside my tidy little box and comfort level to do something nice for others. It was about being happy with what I was doing and being proud of the results. So, thank you, Misha!

It's time to connect the freckles! Find a willing human that's a good freckle pallet and “connect” their real freckles to create a new freckle constellation. 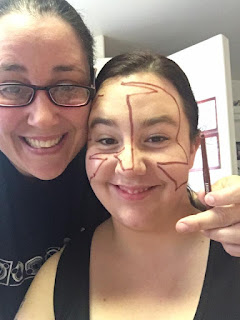 A huge thank you to Kysee for letting me draw on her face! It was fun choosing which freckle to connect and don't worry ... we used lip liner instead of a sharpie pen! haha

So that's it for Part One!
Part Two will be ready in the next couple of days ...

Here's a hint at what you'll see -

My graphic artwork about identity in the 21st century
Dressing up as the Dessert Fairy
What I did to make someone else happy!