Back in 2010 a show started on AMC that evolved into a HUGE fandom ... so big that each week when a new episode aired, my newsfeed on Facebook would EXPLODE! I'm a fangirl so you would think I'd be front row and center, squeeing with everyone but nope ... despite the constant attempts by friends, I adamantly REFUSED to watch it.

Why? Because of this ... *takes a deep breath as I upload the graphic, careful not to look to closely*

I'm a scaredy cat. I'm a 40 year old woman who until the past year slept with a night light and was convinced there were monsters lurking under the bed. When I went to see Warm Bodies in the theater, I was so proud of myself - watching it with the sole focus that the romantic story within it made up for the "squick" factor. To this day, I haven't been able to eat one of my FAVE cereals (Cocoa Pebbles) because I foolishly thought, "Hmmm, I bet this is what brains feels like on my tongue." When I couldn't keep for gagging, I had to let the breakfast food go.

*pause for a brief moment of silence*

So the thought of watching The Walking Dead filled me with the heebie jeebies and horror. I couldn't imagine inflicting that kind of trauma on my poor psyche each week. I stood my ground stubbornly.

And then a good friend of mine made a deal with me - an episode of TWD and she'd watch an episode of Doctor Who. In my mind, who can resist David Tenant, the Doctor I was fangirling over at the time. It would be worth me suffering through an episode if it meant she'd convert to Whovian-ism.

Oh, how naive I was.

It took me TWO HOURS to watch the first episode. TWO HOURS. I would pause it when a walker appeared. I watched on my phone so I could turn the screen away. I almost peed my pants and almost told her that it wasn't worth it. But I endured. I finished the episode and DAMN IT ... I HAD TO KEEP WATCHING TO SEE IF RICK SURVIVED!

See that's the thing she kept telling me - "Belinda, it's not always about the walkers. It's about the people. It's the angst. It's the emotion. Trust me, you'll love it if you can push through."

So I began episode 2 and DIED.

Anyone want to guess where I freaked and almost threw my phone across the room?
When they SMEARED  walker GUTS over them.

It was too much and I said ADIOS! I'd given it a shot and felt justified in NEVER watching it again. Ever. This fangirl would NEVER know the excitement others felt as they posted about each episode and how much they loved certain characters. I did give my friend a hard time, though. I teased her without mercy.

Time passed. I started realizing that a lot of the fears I'd held on to over the years didn't matter anymore. I began feeling empowered and I remembered - Supernatural was a show that SCARED me. Heck, I couldn't watch past the first minute because the baby mobile music scared me. Thankfully I had friends who showed me certain episodes to watch because Supernatural is my #1 fandom now. My gosh, CASTIEL ... how that angel makes me swoon and laugh <3 But I digress ...

I started realizing that in my stubbornness, I was missing out on things that I actually ended up loving because I told myself I couldn't handle it. This was something happening throughout every aspect of my life and so I made the decision -- revisit things and see what happens now with a new perspective. 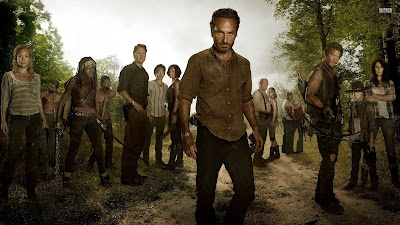 I started The Walking Dead again. I decided that seeing the walkers scared me still I would simply turn away and waited for the scene to be over. I would hang in there and see whether the show truly was the angst-riddled jewel my friend promised. I would reserve my judgement.

This series ... the people ... the choices they face ... the dynamics ... the anguish ... the drama ... before I knew I was already into Season 2. No one was more shocked than ME!! Even my husband can't believe I'm watching the show, but here's the thing -- I've always been someone who connects with the storyline. Always. If you can show me the hearts of the characters, then I will watch. I know my friend tried, but I wasn't ready then. Maybe it's the writer in me who loves seeing character development and the way they face each challenge, but yeah ... HOOKED.

Rick -- my heart ACHES for him and how he must be strong for the group.
Carl -- he's a boy yet he's having to do things even IIII couldn't imagine.
Daryl -- I'm a sucker for that tough guy exterior that hides a softer heart. One word for you ... baby.
Carol -- BAD. ASS.
Michonne -- BAD. ASS.

And another reason why I wanted to try and watch The Walking Dead ... Negan.

So there you have it. I'm about to start Season 4 and I'm committed to ride the gut wrenching drama train to the end. But first ... an apology.

I am so sorry.
I get it now.
It was never about sweaty balls and stinky armpits.
It was never really about walkers and gore and scary stuff.

It's about this and countless similar moments.
It's about doing the best you can.
It's about finding out who you truly are, despite the odds.

And it's about Darryl ... the man who keeps melting my heart.

So please accept my heartfelt apology for all the teasing I put you through because I was blind. 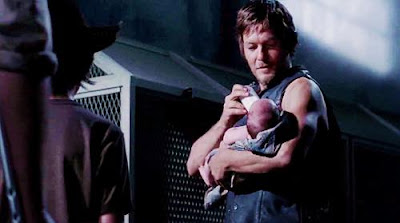 I humbly ask to join the fandom. The SQUEE is strong with me and I'm a believer. I promise.

I thought I was watching for Negan (swoon) but all along, I was just waiting to fall in love with Darryl.

Your friend and fellow geek,

Bels the Repentant.
Posted by Belinda at 6:11 PM 1 comment: 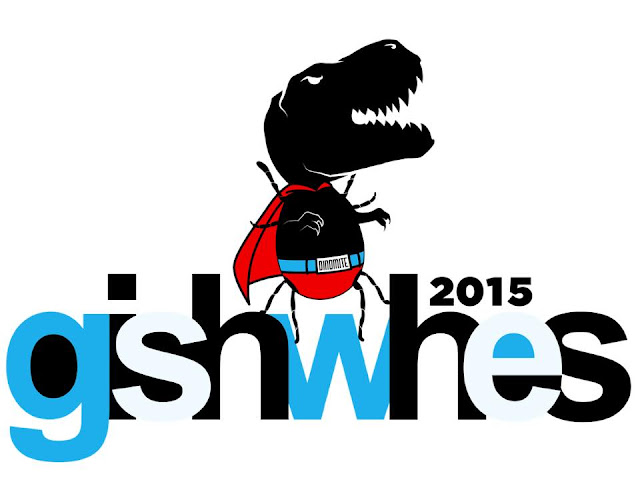 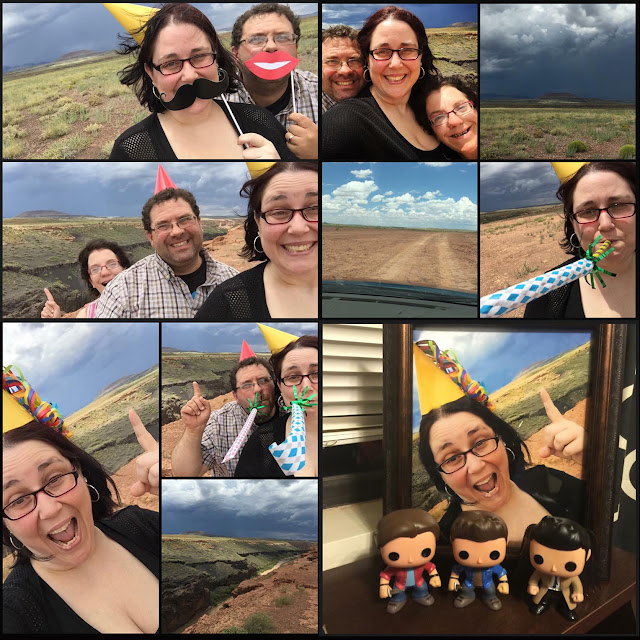 Remember when I said I was on a secret mission? Finally, the story can be told! (Click here for FB post)

Each year, actor Misha Collins does something EPIC called GISHWHES. (Stands for Greatest International Scavenger Hunt the World Has Ever Seen!) I've wanted to participate for the past 2 years now but have always been on a book deadline. DRATS!

This year, because I lived close-ish to one of the challenges, I was asked to be a GISHWHES proxy! And man, did I learn a lot as well as having an INSANE amount of fun.

What did I learn? Let me tell you how the day went ...